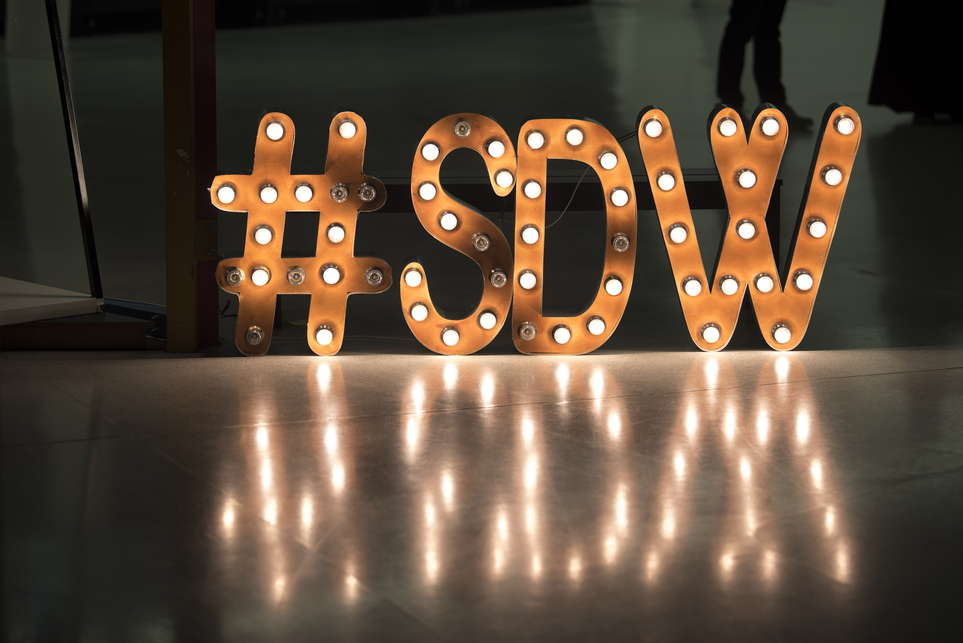 All Eyes On Saudi: A Female-led Design Scene

The forward-thinking creatives Basma and Noura Bouzo are empowering the design scene, using their platform of & Bouqu to create opportunities for brands, cultural enterprises, artisans and local talent. Rooted in local narratives catalyzing transformation, by engaging a self-reflexive and Saudi-focused approach, their contributions to the sector prove that Saudi creatives do not need to adopt foreign approaches or philosophies in order to be internationally relevant.

With a wealth of inspiration and history at hand – especially if other recent Saudi art and design firsts such as Desert X AlUla or Diriyah Biennale Foundation are any indication – the duo’s efforts underline the importance of local and global acknowledgement of what the Kingdom can offer the cultural sphere. By taking a deeper dive into the uniquely immersive visual culture that stems from the Kingdom’s complex history – of which archaeologists have recently discovered artefacts that predate the Egyptian pyramids and Stonehenge by over 2000 years (Antiquity, Volume 95, Issue 381, June 2021) – and following a necessary amplification of its metaphorical volume, the boom of Saudi’s post-2018 cultural expansion is set to offer the world a new creative dimension by opening its doors to publicly unexplored aesthetic territory.

For centuries, women have been at the helm of Saudi Arabia’s creative development and largely – if quietly – historically responsible for its visual production. But the last few years have seen reform in the Kingdom, with the strategic implementation of Vision 2030 looking to reshape the country’s economy and society in favor of self-sufficiency, progressiveness, and diversification. This directly affects the cultural ecosystem – one of the main pillars of the plan – by broadening the scope of cultural practitioners and bringing its female pioneers to the fore.

It is an area which Basma and Noura Bouzo have been actively forging a place within since 2007, when they launched the now – perhaps temporarily – out-of-print bilingual arts and culture magazine Oasis Magazine before establishing the flagship design event Saudi Design Week in 2014. Aiming to improve women’s participation in the economy as well as boost its rich but lesser spotlighted creative landscape, the government’s vision has streamlined the introduction of new creative initiatives and opportunities. Reinforced by the pledge of a $64 billion financial injection over 10 years, it lays the groundwork for the culture sector to increase Saudi’s GDP by 3% by 2030 and generate $20 billion in revenues, according to Arab News. For the Bouzo sisters, this directly facilitated their upcoming 2022 launches of SxD, an online design platform, and the Saudi Design Festival through their creative agency, & Bouqu, in collaboration with the Saudi Ministry of Culture.

Why has it been important to tell the story of Saudi creatives, thinking back to Oasis Magazine and now towards the upcoming Saudi Design Festival? Is it more important to build this narrative locally to foster creative evolution, or is it about projecting what Saudi has to offer onto a more global platform/conversation?

When we first started, our goals were to strengthen the local creative and maker community and to amplify their voices internationally. It was more important for us first to build and support the creative community locally but as our efforts grew, that garnered a lot of international recognition. And as that recognition grew, we felt that it was time to tell our own story and present Saudi designers in international platforms such as Salone Milano and others.

Were there any difficulties regarding public perception/openness when you launched Saudi Design Week?

When we first launched Saudi Design Week in 2014, there was very little support for the design fields in general in Saudi Arabia. Back then, there was a great push and support for the arts but when it came to design the only field that was given some limelight was fashion design. Therefore when we first launched, the public’s perception was that the event would be dominated by fashion design but we made it a point for the inaugural Saudi Design Week to consist mainly of design talks and workshops to educate about all fields of design from product to furniture, to graphic, interior design and everything in between.

How does the Saudi design sensibility differ?

The Saudi scene is definitely defined by its entrepreneurial spirit and its will to preserve and/or revive different aspects of Saudi heritage. Every year we choose a broad theme for Saudi Design Week to encourage participants to think outside of the box but we have never had to encourage participants to be inspired by culture as each year we receive thousands of applications that adhere to the chosen theme and at the same time they find a way to re-imagine cultural elements. There is a deep appreciation for culture and heritage and an entrepreneurial spirit that is willing to keep polishing itself to reach global heights.

"When we first started, our goals were to strengthen the local creative and maker community and to amplify their voices internationally."

In what way has Saudi Design Week, and eventually the Saudi Design Festival, altered the perception of Saudi aesthetics and design?

Saudi design aesthetics have always organically showed up throughout the years in local designers’ work. Saudi Design Week and now Saudi Design Festival prides itself in helping designers grow their brands and their designs to an international standard. We do that by making sure that every year local designers have the opportunity to talk to and share ideas and knowledge with international designers. Internationally renowned designers are invited to exhibit, talk, and even review portfolios as was done when Patrik Schumacher, Principal Architect at Zaha Hadid Architects, did with architecture students at Saudi Design Week. In addition to our local efforts, we participate annually and biannually in international design fairs such as Salone Milano, London design Week, and Dubai Design Week.

Are the chosen themes – ‘Morph’ for next year’s festival, or past editions of design week which focused on sustainability, or sound and identity, for example – responses to current design trends or global concerns? Or are they themes which you are initiating in order to spark new conversations?

The themes chosen are both in response to global concerns and themes that spark thinking of design in a new direction. ‘Morph’ was chosen as a response to COVID and how everyone was able to quickly adapt and change. ‘Happiness’ was our previous theme and as simple as it sounded, it sent designers on a frenzy – “What is this silly theme” to “How could we capture happiness” – but we ended up with our best fair to date and we hope that ‘Morph’ exceeds our ‘Happiness’ theme.

In what way has Vision 2030 facilitated your plans for the inauguration of the Design Festival and of SxD?

Vision 2030 has catapulted all of our dream goals. Government entities now include a lot of mandates to support creatives and they have hundreds of projects that require local designers to participate in. The inaugural Saudi Design Festival is in partnership with the Architecture and Design Commission of the Ministry of Culture. The Ministry has been a great driving force to this edition and have commited to support us throughout the upcoming years.

What have been some of the most pioneering, or exciting, projects throughout the Design Weeks that have had a real lasting impact?

We believe that our most pioneering project has been our design incubator where we have taken in students and emergings designers as interns and team members. These designers get the chance not only to work with our team but we also place them in different international internships with well-known design houses. Several of our designers have gone on to create their own brands and have come back to exhibit at Saudi Design Week and that’s something that we are very proud of.

Is there room to grow?

There is always room to grow. We believe that the design scene still needs to grow in terms of its capacity to produce large quantities of designs and for factories to be able to produce the necessary raw materials for local use and to export.