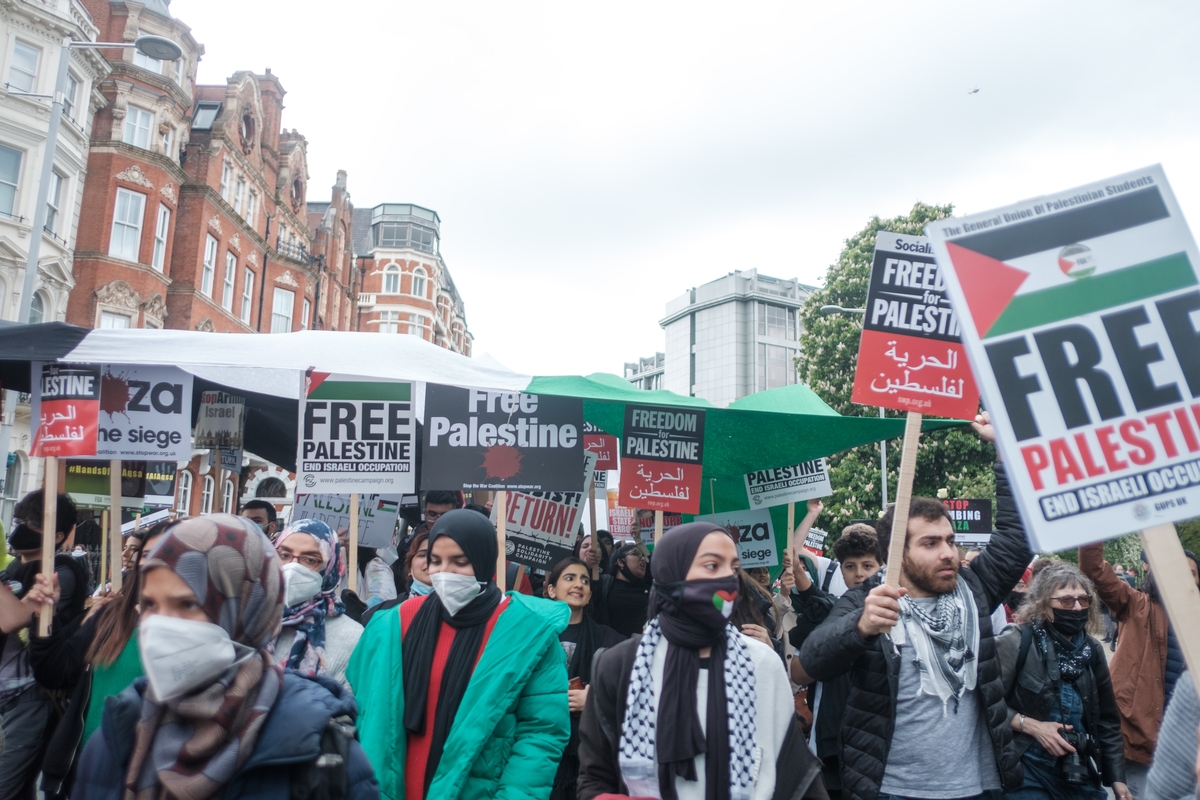 Standing By Our Neighbors In Need

For whatever incentive, global authorities are keeping silent on the devastating, long-standing Palestinian crisis. News headlines are highlighting the issue as an on-going “war” / “clash” / “retaliation” but in reality, innocent civilians are brutally being expelled from their own homes and killed under a modern-day apartheid. This tragedy goes above politics; it is about saving humanity.

The worst part is, the only legitimate way to see what is truly happening is via social activists. Have we as users become the only reliable news source? Contributing Editor, Saja El Mishri outlines ways that we can support.

“The fighting will not cease until we bring total and long-term quiet,” Israeli Defense Minister Benny Gantz states, according to Reuters. 8 days ago, an already long-standing and devastating humanitarian crisis involving innocent civilians exacerbated in Gaza after Hamas fired rockets. Much of this unrest has been driven by anger over the looming evictions of Palestinian families from the Sheikh Jarrah neighbourhood of East Jerusalem. Consequently as of May 18, “Gaza medical officials say 213 Palestinians have been killed, including 61 children and 36 women, and more than 1,400 wounded. Israeli authorities say 12 people have been killed in Israel, including two children.” While civilians around the world may differ in sides based on their religious, cultural and/or political stances, most agree that this is about preserving humanity now.

Being there for our neighbors is incredibly important. Companies such as Harvey Nichols and Farfetch are removing brands that are anti-Palestine.  Further, SMEs across MENA are doing their part in supporting how they can. When asked how to support Palestinian businesses or charities during these times, Razan Majdalawieh of Its Raz Bakes in Dubai tells Curated Today: “It’s devastating seeing what’s happening in Palestine and feeling helpless at the same time. I’m trying to raise awareness through social media with homemade cookies by placing QR codes on the notes which takes people to an Instagram page of a reporter in Palestine and including facts about Palestine on the inside. All profits are also being donated to PCRF & UNRWA. It’s the only way I could think of that may help. Don’t stop sharing what’s happening in Palestine – they need us.”

"Don’t stop sharing what’s happening in Palestine - they need us.”

A non-profit humanitarian organization that provides medical relief to children in the Middle East.

Al Tumayr is a non-profit initiative that collaborates with designers to give back to charities and organizations.

Palestine on a Plate

Joudie Kalla is a Palestinian chef and best-selling author of “Palestine On A Plate” & “Baladi.” With each book sold, Joudie donates money to the House of Friendship in Nablus, a children’s charity.

The Institute for Middle East Understanding is a non-profit organization that gives readers access to untold stories and facts on all things Palestine.

A Palestinian advocacy organization in the U.S. aiming to shift policy & public discourse on Palestine and is working towards a collective liberation.

A UK-based initiative that provides urgent medical aid to Palestinians in need.

A NGO that supports those facing humanitarian & health crisis by providing medications, medical supplies and hygiene kits to Gaza.

Get involved in any way you can. Whether it’s by educating your friends, sharing on social media, donating or changing where you shop. Don’t underestimate the smallest act.

Saja is deeply motivated by emerging social and political concerns around sustainability. Saja is currently working as a freelance journalist writing about the intersection of sustainability, fashion and social justice.