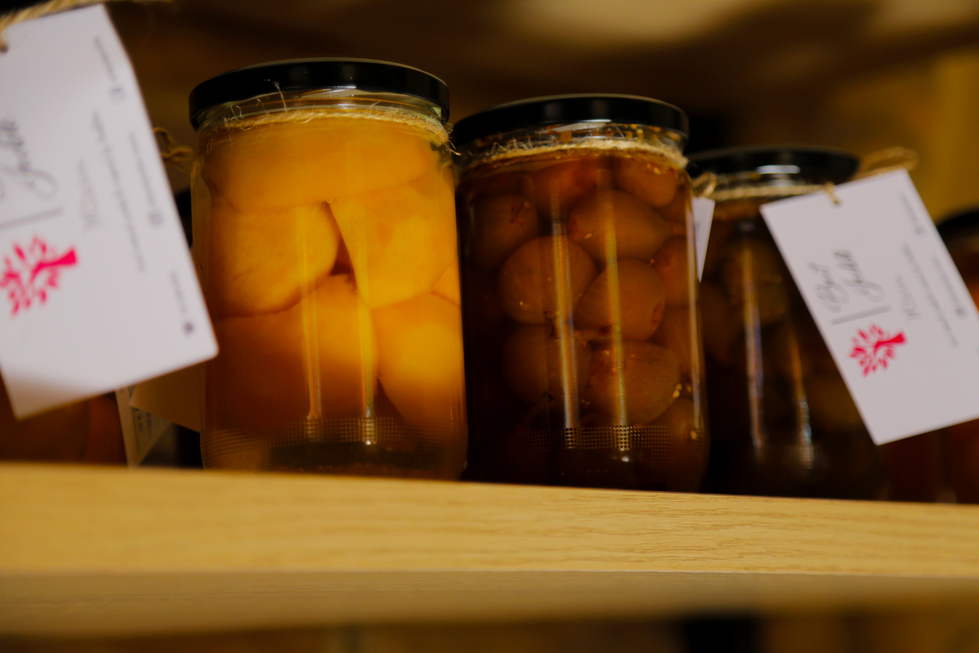 The Innovative Fight for Lebanese Heritage by Women-led NGO Boukra

An independent, apolitical, non-confessional and non-partisan NGO focused on heritage and sustainability, Boukra has become a self-sufficient entity in Lebanon’s mountains. Reinvigorating a dissipating sense of community and building a better tomorrow by reinforcing the tenets of the past are supported by surprisingly non-philanthropic means: a guesthouse. Boukra encourages visitors to come together to learn, give back and better themselves and the planet through progressive people- and community-oriented wellness, education and development.

Boukra’s catalyst was Demain (Cyril Dion, 2015), a documentary film identifying 10 successful initiatives responding to a bleak future. “This movie inspired me incredibly by its positive approach and by showing that small, local steps can be the answer to global sustainability issues,” says Muriel Sarrouf, Founder & President. The ‘lightbulb’ moment was realizing that heritage preservation was a byproduct of a more sustainable approach to living. “Heritage and sustainability are inherently linked,” she says. “I was also deeply convinced that the best method to achieve this change was by implementing small-scale, local, community-based projects that integrate both heritage and sustainability into people’s everyday life, especially the youth, as opposed to ‘preaching’ or putting things in a museum where they are not easily accessible.” And thus came its first projects, Beit Jeddé, a boutique guesthouse, and Mouneh, which sells village-produced food and handicrafts.

Sarrouf paired with Raquel Ramadan, Co-founder & CFO, for an initiative rooted in humble but authentic ground. Based in historical Mtein, Beit Jeddé (“Grandfather’s house”) is a century-old home that belonged to Sarrouf’s great-grandfather. To honour his memory, the home was revived as an NGO, community centre and guesthouse, with Beit Jeddé run by project manager Nouhad Touma. The dynamic three-way communication harnesses natural and historical resources to foster economic opportunities founded on sustainable innovation for the benefit of the community as much as for Boukra itself.

“As you know, heritage has long been a neglected issue in Lebanon,” says Sarrouf. This is likely due to a lack of funding, corruption, and internal and regional political conflict and war. Touma echoes this by highlighting the problems with medical care and education, with Ramadan lamenting an ‘everyone-for-themselves’ attitude. These issues escalated with the 2019 economic crisis and the 2020 blast, the latter alone which saw 384 NGOs register interest in providing support.

Boukra/Beit Jeddé wants to empower and mobilise the population. It welcomes and exposes visitors to the history of Mtein, provides a gathering point for locals, protects heritage as a representation of identity and a sense of belonging, provides funding, and since 2018, hosts activities, workshops and cultural events related to heritage, sustainability, and the environment. This ranges from children’s activities and nutritional lectures to a recycling campaign in cooperation with the municipality “We did a door-to-door recycling campaign and people were responsive,” says Ramadan. Though only 20% of the village actively partakes—many citing a lack of space to store the recyclables in the interim—the trio remain hopeful considering the community’s openness to straightforward but effective initiatives.

No doubt the impetus and willingness to generate homegrown positive change is down to the identity that Boukra has forged through Beit Jeddé. The home’s old stone walls and fruit-tree-lined gardens—intelligently renovated to oscillate between historical nostalgia and modern convenience—feel like home. This is enhanced by Touma’s warm embodiment of humanity and hospitality that brings the house to life. This may be key to its steady progress. Beit Jeddé is a living home—as much as it’s a community hub, it also has needs, catered to by Sarrouf and Ramadan’s thoughtful, precise management, and Touma’s savvy and resourceful navigation of Beit Jeddé, Mouneh and its local producers. “We try to be as generous as possible,” says Ramadan, simultaneously noting that they taste and check everything because their activities are to build up Lebanon, rather than perpetuate individual opportunism. It is important to support small businesses and artisans in Lebanon, because it contributes towards what she says Lebanon is missing: community spirit.

Moving forward, Sarrouf shares how they aim to keep bringing Lebanon together and helping it remember in what ways it can rely on itself. “With the help of a local chef, training women and vulnerable populations in traditional Lebanese food preparation techniques,” she says. “This will give them the skills they need to find a job in the food sector and earn an additional income during these times of economic crisis while perpetuating traditional cooking methods.” There are also plans for a podcast highlighting Lebanese heritage and the necessity of preservation; continuation of raising awareness of responsible living and consumption, including sustainable tourism; and founding a school for arts and crafts to resuscitate traditional techniques. The goal, as Boukra’s mission statement outlines, is to equip local communities and future generations to build a better tomorrow through heritage-based projects that protect and build economic opportunities around Lebanon’s natural resources.

However, baby steps. Ramadan notes that the villagers often wait to see if things work before participating, and now they’re coming in droves. If Boukra can compensate for what is missing in Mtein by engaging its local economies—arts and crafts, wine, nature—then perhaps this could be applied to other villages to forge a larger network of responsible, engaged and proactive communities that tackle the future by relying on the wisdom and simple graces of the past.