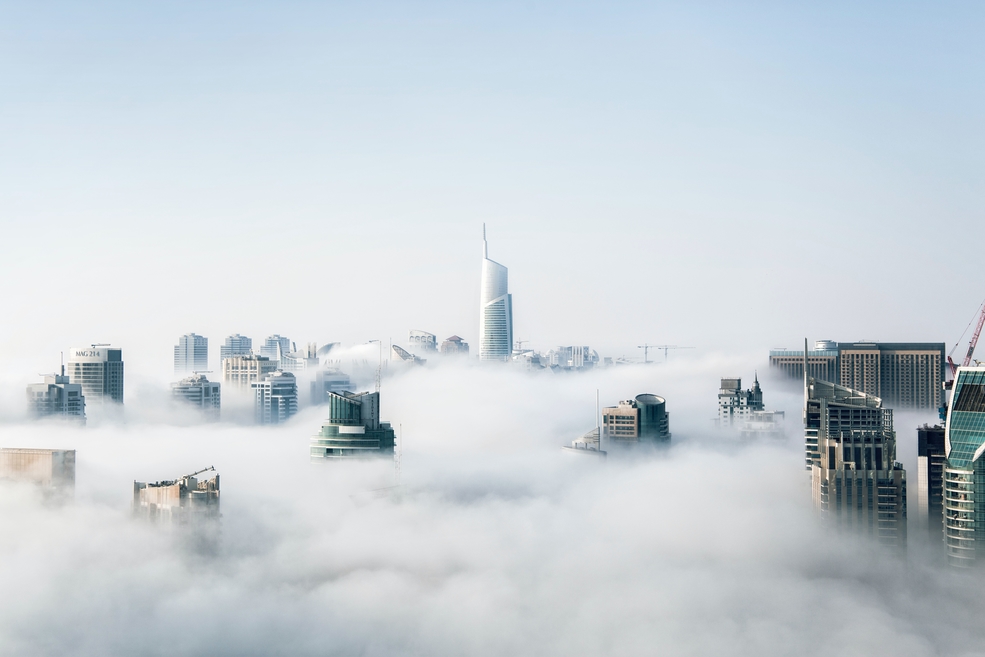 Introducing their collective determination to push modern innovative architectural blueprint for its region whilst simultaneously preserving cultural and historical identity, Gulf countries such as UAE, Kuwait, and Qatar have taken major steps in adopting sustainable construction and architectural methods.

Below, Reefaya Noortaj explains the way of the future in the region when it comes to functionality, architecture, innovation and design.

The Middle East has been booming with incredible architectural design innovations for the last few years. Modern Architecture and Urbanism is an opportunity in the Middle East as it celebrates beauty and diversity and builds a stronger durable environment of the region. Despite major architectural projects becoming delayed or halted due to COVID-19, Gulf countries rose above with the spirit of creating a creative ecosystem. From the widely anticipated picturesque Museum of The Future set to be launched in Dubai, to Doha’s new Design District, the design culture in the Middle East is proof that design ambition is strong.

As of recent years, the Middle East has been well regarded as the champion of merging heritage with architectural modernity. The region continues to contain genuine impressions of cultural heritage while sustaining the technological, environmental, and functional needs of contemporary societies. Attracting ambitious international architects has been one of the many missions of Gulf countries, allowing forward-thinking architects to create blueprints for an optimized way of living. Gulf countries such as UAE and Kuwait are taking significant shifts in introducing modern architectural design for both public and private areas.

Modern architecture structures a unified mix of technology and design that set’s UAE’s eco-friendly developments and contemporary cityscapes. The evolution of modern innovative architecture and design in Dubai began in 1979 with the first construction of the Dubai World Trade Centre. In present times, the iconic structure of the DWTC still defines modern architectural innovation from a design perspective. Architecture in Dubai is influenced by traditional building concepts with a healthy mix of modernity, sustaining the region’s cultural and architectural identity. Dubai’s Museum of the Future has been named one of the world’s most picturesque museums by National Geographic. Designed by architect Shaun Killa, the structure covers an area of 30,000 square meters, a seven-story pillar-less building, with breathtaking Arabic calligraphy engravings designed by the Emirati artist Mattar bin Lahej. The sophisticated technological innovation implemented is what sets this monumental wonder apart globally. The museum consists of 1,024 plates manufactured entirely by robots, each plate contains four layers, and each layer has been created after following a lengthy 16-step process. Amazingly, the museum is also powered by 4,000 megawatts of solar energy conducted by a station connected to the building. The museum is the first of its kind situated in the Middle East to achieve a Platinum certification for Leadership in Environmental Energy and Design, the most prestigious rating for green buildings in the world.

The EXPO 2020 is also set to reveal unimaginable innovative architectural designs holding close to the UAE’s heritage. Spanish architect and engineer Santiago Calatrava has designed the UAE Pavilion, amassing a 15,000 square meter pavilion that stands as a symbolic elucidation of movement. Designed with curated lines, spaces that merge with beautiful greenery, and cantilevered wings inspired by UAE’s national bird, the falcon. The wings of the architecture are a hybrid system between a shell and portal frame, composed of 28 wing-like blades. The wings are opened within 3 minutes, covering a range of 110 and 125 degrees. In terms of the appliance, 46 hydraulic actuators activate the rotation of the wings, moving like pistons.

In 2020, Kuwait took a modern approach in constructing Kuwait’s New Palace of Justice Designed by PACE. The blueprint of the structure includes a 25-story building with 123 courtrooms and both automated and conventional parking will be available for 3000 cars. The design of the Palace symbolizes “fairness and integrity” for the nation through the exterior and massing of the scales of justice through a set of floating cantilevered wings. Alongside Kuwait’s new upcoming modern commercial projects, the country is setting new histories by reshaping traditional housing. In Kuwait, contemporary architecture is designed with varied programs across multiple scales. Taking a look at projects such as Street House by Massive Order, which is located on a 16m wide and 25m deep lot between two streets in a new suburb in Kuwait City, and The Six by fikrr architects that consists mainly of four facades completely exposed to the exterior (east and west facades) closed by white walls emphasizing the original desert landscape between the desert and the sea.

The quest for perfectly moulding Middle Eastern identity in Modern Architecture will continue to thrive as seen from recent architectural developments within the region. Aside from solely focusing on the innovative exterior of buildings, many Gulf countries are already looking into revamping interior spaces since the start of COVID-19. The home office trend is not going anywhere since there are now more ‘smart built-in’ office furniture options suitable for one’s home.  These flexible spaces will act as a support to this new home office reality that has gained much favor amongst companies and employees.

Additionally, driving sustainability through innovation has become a permanent pillar for many Middle Eastern countries, a strong example would be the UAE where innovative materials, design practices and construction technologies have created some of the world’s most breathtaking sustainable structures. The UAE has leveraged innovative construction technologies, such as 3D mapping and printing to demonstrate the strength and feasibility of sustainable construction practices. Qatar has the highest per capita level of CO2 emissions, at 44 metric tons per person annually, encouraging Qatar to design its green building rating system. At present, Qatar is ranked second in the list of having 173 green buildings in the region like the city’s Msheireb Downtown Doha, which promises to be the world’s largest sustainable community.

So, is the Middle East becoming the new ‘green-hub’ for the new generations to come? Yes, the region is transforming its cityscape into a sustainable euphoria for future residents to adapt to with promising results regarding combating climate change and mental health. COVID-19 has spiked the region’s need for building structures with sustainable materials as it has proven to be durable and focuses on modern design for aesthetic purposes. Innovative architectural designs are here to stay in the Middle East.

Born in Bangladesh and raised in the Middle East, UAE and Bahrain, Reefaya is a postgraduate from The London School of Economics in U.K. and an undergraduate from Sussex University. Reefaya has an immense love for sustainable fashion, social development and art.