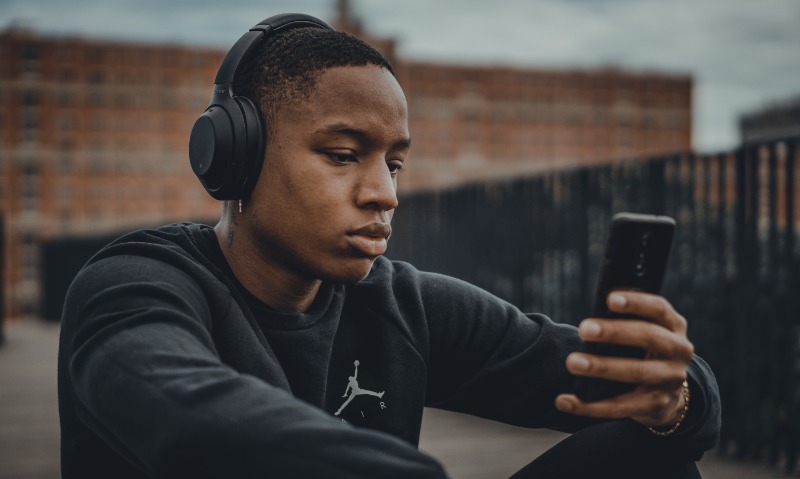 Anghami Inc. (“Anghami”) (NASDAQ: ANGH), the leading music streaming and entertainment platform in the Middle East and North Africa (MENA) region has unveiled an all-new brand identity to support its next phase of growth. Marking an exciting new era for the brand, the new identity dropped on March 3rd across digital, social, app stores and the Anghami platform. At the heart of this is its mission to empower Arab youth everywhere to create and connect with the world, carrying the voice of Arabs and projecting it onto the global stage – a galvanizing message that is summed up in a new creative campaign that will run in Egypt and the GCC, including KSA and the UAE. With its selling line “Share your voice, the world is listening”, the campaign brings to life the notion that Anghami users and artists are global citizens who are proudly Arabic and ready to make some noise.

The core message behind its new positioning is simple: everyone has a voice, each unique and impossible to copy. Some voices are louder than others – more established with millions of followers and listeners – while some are just starting out. Anghami is here to make these voices heard, whether that’s through playlists, starting your own radio station, or simply liking a podcast. Underpinning Anghami’s vibrant new positioning is a new logo and visual identity, which have been created from four colorful lines representing a ‘traveling voice’ flowing and sharing its message with the world. The lines bring to life the voices of the many Arab creators and storytellers that are sharing their voice on Anghami and act as an invitation to people everywhere to enjoy Arab culture, to create with it, and to celebrate it.

Elie Habib, Co-Founder and Chief Technology Officer of Anghami commented: “An identity is more than mere symbols… it is about the sounds we create in our community. With our new logo, color scheme, typeface, and tagline, we are aiming to lead an evolution in how Arab youth connects with the world. Today, more than ever, we are ready to serve young Arab talent and help them to make more noise, because the world is listening.”

Commenting on the new logo, Anghami’s Head of Creative Rana Najjar said: “The flowing lines symbolize the wealth of creative Arabs who are out there painting a beautiful image of our Arab world and want to make some noise.”

The new positioning, visual identity, and logo were developed by London-based agency BigSmall in collaboration with Anghami’s in-house team – reflecting its unique position as a local brand that has gone global – the new identity was officially revealed at an exclusive party in Dubai with special guest Amr Diab. Anghami recently signed a multi-year deal with the global Arab megastar to be the only platform to stream his entire own label catalog and future releases. To celebrate its rebrand and first partnership as a publicly listed company, the new identity was launched with a spectacular projection of its new logo and an image of Amr Diab on the world’s tallest building, the Burj Khalifa in Dubai.

Nearly a decade since its formation in 2012, Anghami has built a catalog of 72 million Arabic and international songs and podcasts, making it the market leader for streaming in the region with a 58% market share. With the launch of its new identity, Anghami aims to grow its global reach and add more value to customers through the best content and innovative new features. In celebration of its new positioning, Anghami is empowering users to share their voices by making the microphone feature available to all Anghami Plus members. Everyone will be now able to host their own Live Radio to discuss a subject of their choice or simply unleash the DJ within. “Users across the region have been waiting for the microphone feature in Live Radio. Today, they can all share their voice, and we can’t wait to see the content they will generate,” added Mohammed Ogaily, Anghami’s VP Product.